Spotlight on the United Kingdom -
Edition 2

Sally Cope was appointed to the role of Regional General Manager, United Kingdom and Northern Europe in 2018. Prior to this she was the Executive Officer of Ultimate Wineries of Australia.

It has been three months since your last update. What recent changes are impacting life in the United Kingdom (UK) now?

Now that summer is here and the days are longer, there is a sense of rising optimism in the UK. The European Football Championships are keeping everyone entertained; the economic outlook has brightened, with the Bank of England predicting that economic output will rebound to its pre-pandemic level by the end of the year; and all social contact restrictions will be lifted by 19 July. This final step in the 4-stage exit from lockdown is colloquially referred to as ‘Freedom Day’. It was extended from the original 21 June deadline as the Government monitored the rising cases of the COVID-19 Delta variant. This extra four weeks also enabled the vaccination program to add an extra 10 million people to those who have been fully vaccinated.

By the end of June around 84 per cent of the UK adult’s population has had a first dose of a vaccine, and more than 61 per cent have had two doses of the vaccine. Importantly, the vaccine program appears to be doing its job by weakening the link between cases and hospitalisations, which have remained relatively low despite the increase in cases. This fact is also fuelling a real sense of optimism that there is a way to live a relatively normal life while COVID-19 still exists.

What is the general sentiment within the UK tourism industry?

Consumer confidence in travel has been boosted by the Prime Minister suggesting that people who have been fully vaccinated will be able to travel more freely later this summer. However, the Government’s ‘traffic light system’ that grades countries red, amber, or green by risk level, and imposes testing and quarantine regulations to match, has caused confusion with the inevitable fluidity of the system which is updated regularly. As a result, the summer holiday season has been impacted and agents are reporting most of the new holiday interest, and bookings, is for December and beyond due to the “lack of clarity” around international travel.

The industry came out in force on 23 June for a ‘Travel Day of Action’ to raise awareness of the critical plight of the sector. Agents, tour operators, pilots, cabin crew and other travel professionals took part in a series of organised lobby groups in London, Edinburgh and Belfast, which was backed up by a nationwide social media campaign. The Government furlough scheme has protected jobs but is being phased out by the end of September and data from ABTA estimates that as many as 195,000 jobs have been lost or are at risk within the travel industry. There is a call for clarity to boost consumer confidence and save the summer season. As reported in TTG, agents have seen an increase in enquiries, but this has not translated into bookings because customers remain nervous about committing to a holiday.

A new trans-Atlantic travel  taskforce has been set up to explore ways to reopen the long-awaited travel corridor between the United States and  UK. Expectation amongst our distribution partners is that this is likely by the end of summer and as such most of Australia’s key distribution partners are focussed on promoting North American holidays. Although their primary focus may not currently be on Australia, several are reporting long lead time bookings to Australia for mid-next year and they are keen to stay engaged with the Australian industry, as seen in the strong attendance numbers at ATE Online.

We have made the tough assumption that travel restrictions between the UK and Australia are likely to remain in place until mid-next year. This allows us to focus on our always-on, multi-channel content marketing approach to keep the dream alive for future travel to Australia. If we can maintain demand and keep the audience primed, we will be ready to drive the fastest recovery possible when borders re-open. As an example, we recently partnered with premium UK supermarket Waitrose to publish a 32-page Australian travel special in the June edition of their instore magazine. This style of inspiring content is designed to get strong engagement with our audience. Similarly, we will continue to distribute new digital content, like the recent Lonely Planet video series, via paid and owned channels.

Our PR team will be pitching stories and leveraging events to earn positive coverage about Australia in the UK media. We have some great opportunities coming up in the year ahead including The Ashes Series and the UK | Australia Season of Culture, which we look forward to optimising. The Distribution team will continue keeping our partners engaged with events, training and recruiting more Aussie Specialists through our online training program. 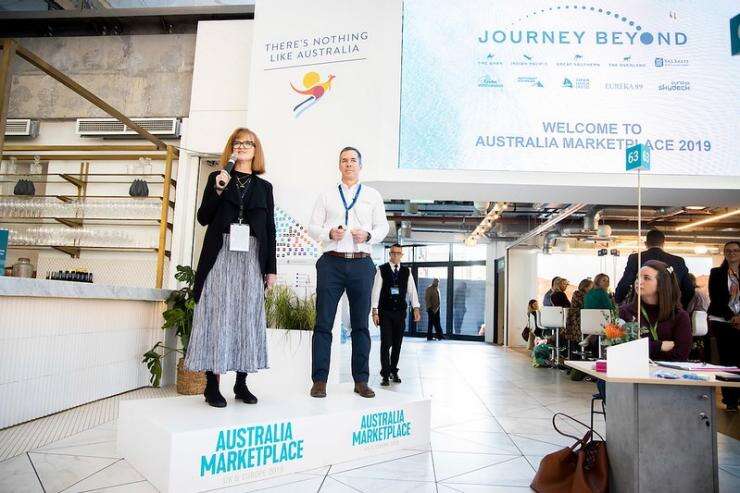 Please feel free to contact me directly to share your thoughts and ideas. I am keen to stay in touch scope@tourism.australia.com

And finally, please share your top three reasons why you believe the Australian industry should stay in touch with the UK market this year?