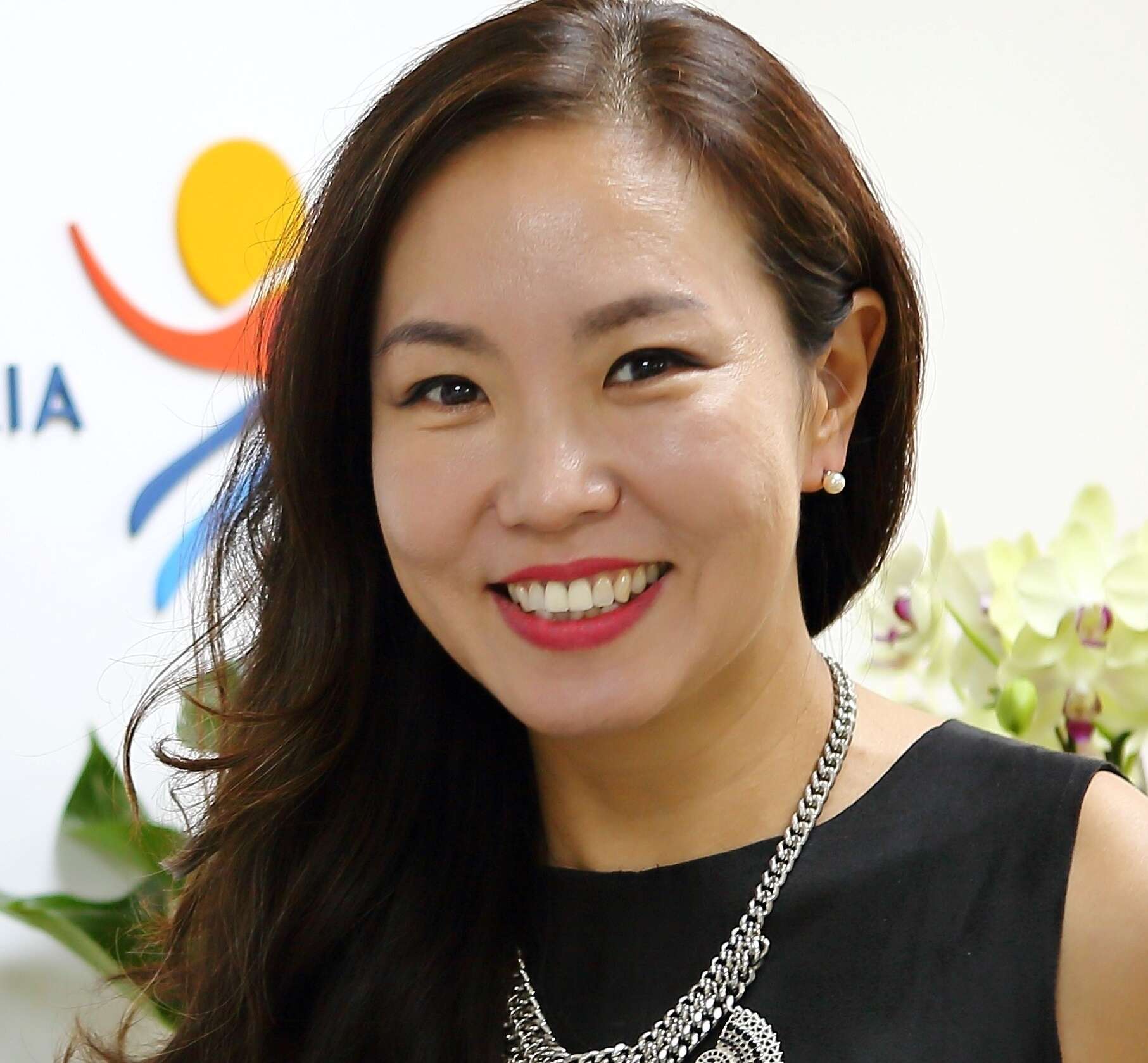 Jinha Joh has been representing Tourism Australia in the South Korean market for three years. Jinha’s tourism marketing expertise spans over 20 years and she has extensive experience in destination marketing, airlines and hotels.

It has been six months since your last update. What recent changes are impacting life in Korea now?

Australia’s announcement to re-open the border to Korean travellers felt like a Christmas present. However, with surging numbers of Omicron cases both nationally and globally Korea imposed a seven-day quarantine for returning travellers. In good news, the government recently announced this quarantine requirement will be lifted from 21 March. To coincide with this change, we will soon roll out our re-opening campaign activities as planned.

Koreans welcomed 2022, the year of the Black Tiger, which as a symbol of bravery and strength has brought a sense of positivity that our fight against the pandemic will end this year.

An observation and a discernible change we are seeing in the Korean travel market is a significant increase in direct bookings. Instead of booking through travel agencies, Korean consumers are tending to book flight tickets and hotels directly with suppliers. All airlines in Korea have reported that their direct booking ratio has increased by 30 to 40 per cent. We believe this trend will continue for the foreseeable future. To reflect this trend, we have been creating more opportunities to collaborate directly with airlines, who are well positioned to increase the visibility of Australia by reaching out to millions of customers through their media channels.

Following the recent Presidential election on 9 March, the new government administration unveiled a plan to boost the economy including both inbound and outbound tourism markets. The Government-mandated booster vaccine has brought the triple vaccinated population to over 30 million, or 60 per cent of the total population. A great majority of Koreans are ready to travel abroad again.

Can you share insights into your plans to support recovery from the Korea market?

As part of our reopening campaign, we plan to feature ‘welcome back’ messaging across multiple media channels to generate travel demand for Australia. We will also work closely with our travel trade partners to promote tour programs and products. We anticipate the leisure travel market might need more time for a full recovery.

Korean buyers are looking forward to participating in person at the Australian Tourism Exchange 2022. It will be the first time in three years Korean buyers will be able to attend. I am excited to invite key distribution partners for them to engage with our industry partners and to have productive meetings. We have learnt that High Value Travellers will be the first to travel among all leisure traveller profiles, so we will extend our support to nurture the key distribution partners who focus on developing this segment.

How is the Korea travel trade faring?

Despite the prolonged pandemic, we have been active in engaging with our trade partners through the Aussie Specialist Program. The Korea team has continued to hold a bi-weekly training sessions to provide the latest market information and trends. Although most of the sessions have been held online, we recently hosted a face-to-face event with Visit Victoria highlighting Melbourne’s coffee culture at a quaint Aussie-style café in Seoul. A live Aboriginal Art Class with Jellurgal Aboriginal Cultural Centre in Queensland showcasing the cultural experience and creating an opportunity to learn about Australia’s Indigenous history and how to include Indigenous experiences in itineraries also received positive feedback and generated travel trade media coverage.

In January we entered into a Memorandum of Understanding with a global online travel platform, KK Day, to introduce diverse Australian experiences and product focused on sustainable tourism and Indigenous culture. 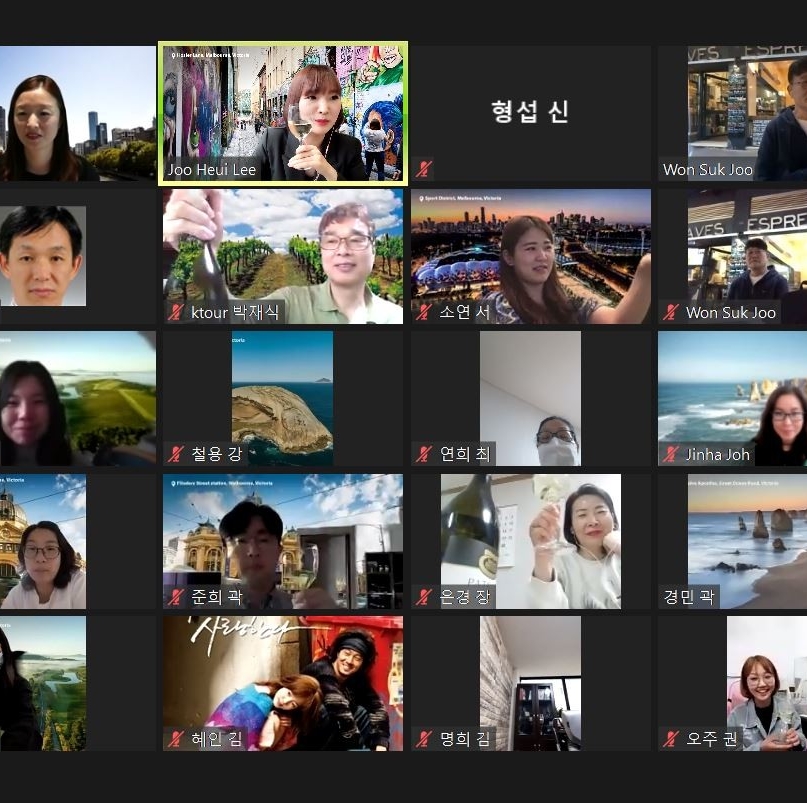 Though we are a small team, we maintain strong relationships with our South Korean trade partners and keen to be the bridge to connect all of our industry partners throughout Australia with them, so feel free to reach out to us so we can extend our support to grow the market together.

Are you seeing evidence of any emerging consumer travel trends that are relevant for travel to Australia?

Korean consumers are preferring bespoke itineraries which indicates they are becoming more sophisticated, consistent with the rise in disposable income. Koreans are looking for less crowded and unique destinations for their post-COVID holidays and travel agencies are seeing strong growth in the number of enquiries for small group travel.

And personally, what is on your wish list of experiences when you get the chance to return to Australia?

Many foreigners living in Korea tease us Koreans that we are either coffee addicts, golf lovers, or frantic hikers. As a Korean who loves all three, I truly believe there will be no other place that can make me happier than Australia. My wish list has got even longer over the last couple of years but the first thing I would do is explore local coffee shops and sip a flat white or a long black every morning. I would go hiking to discover Australia’s varied landscapes whether it is UNESCO World Heritage-listed trails or my friend’s neighbourhood green areas. Last but not least, I would love to play on one of the Great Golf Courses of Australia. What more could avid golfers like me ask for – courses with great hospitality, spectacular landscapes, and often surrounded by special audience of Kangaroos and other wildlife - it will certainly be a memorable experience!