It's Our Best Shot for Travel © Tourism Australia 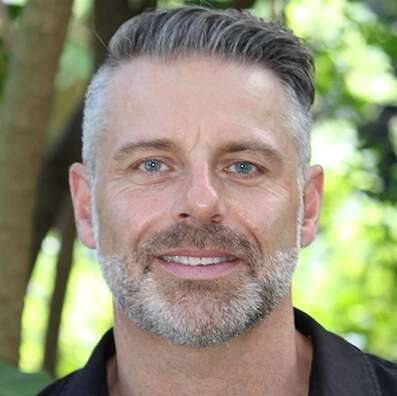 Andrew Hutchinson was appointed General Manager Domestic and New Zealand in August 2020. Prior to joining Tourism Australia, Andrew worked for Adventure World Travel as Head of Product and Operations, and Pinpoint Travel Group as Director of Wholesale Travel. Andrew has multi-geography and disciplinary experience in Travel across the retail, wholesale, and online sectors, as well as Marketing in B2C and B2B channels.

It has been three months since your last update. What recent changes are impacting life in the Domestic market now?

A lot has changed since the last update with half of the Australian population currently in lockdown due to recent COVID outbreaks. New South Wales (NSW), Victoria (VIC) and the Australian Capital Territory’s (ACT) all have stay-at-home orders in place and the remaining states and territories have varying degrees of state border closures.

The current outbreak across Australia has encouraged a a positive surge in vaccination rates in the past few months, which have been identified under the National Plan as our pathway to greater certainty for travel and tourism.

Three months ago, just 13 per cent of the eligible population in Australia was vaccinated, however since the roll out commenced in February, more than half the nation is now double vaccinated.

However, recent announcements from the New South Wales, Victorian and ACT Governments have spelt out roadmaps for reopening over the coming months and it is now looking likely that residents in these states and territories will be moving to ‘COVID normal’ by the end of the year.

The Federal Government is also working towards opening up international borders and alternatives to hotel quarantine for inbound travellers are also being explored.

What is the general sentiment within the Domestic market tourism industry?

Tourism Australia’s latest Domestic Sentiment Tracker, which was in field from 13 to 27 August 2021, demonstrates that overall sentiment remains negative due to the continuation of lockdowns in NSW and VIC along with growth in COVID-19 cases. Consumer confidence amongst Australian travellers was at 115 in mid-April, which was the highest level in over a year, however due to current lockdown measures, consumer confidence has dropped to 90, the lowest level since November 2020.

Booking intent for a domestic holiday in the next month has decreased rapidly to 10 per cent however, despite this, positively the research shows that 46 per cent of Australians intend to book a holiday in the next six months, although this is likely to be intrastate rather than interstate due to uncertainty around state borders reopening. Domestic forward bookings have also declined with 26 per cent fewer bookings to the previous month. The Northern Territory and Western Australia were the only two states to record an increase in bookings compared to last month, up 45 per cent and 4 per cent respectively. The largest decreases were recorded for ACT (down 80 per cent), followed by NSW (down 77 per cent), and VIC (down 64 per cent).

Despite the current situation, domestic holidays are now the most intended type of next major trip, with metrics indicating early stages of recovery with travellers shifting back towards domestic holidays over international holidays. This is likely influenced by the Federal Government’s National Plan to transition Australia’s National COVID-19 response road map and the anticipated reopening of borders as Australia reaches 80 per cent of the population vaccinated.

Overall tourism industry sentiment is the lowest it has been since the start of the pandemic with the biggest challenges cited by tourism operators as domestic border closures, international travel restrictions, business cash flow, consumer confidence/demand and labour shortages. For business events, whilst business has been postponed or cancelled for now, there is positive sentiment for face-to-face events to resume when possible.

Trends noted from key distribution partners include shorter lead times and last-minute bookings for intrastate travel to avoid border closures, with many clients’ keen to book, but still nervous about ongoing border closures. Self-drive, outdoor experiences are the most popular, and flexibility is a key driver over price for travel bookings.

Tourism Australia’s overarching strategy has not changed – to get Australians to travel like international tourists by seeing more, doing more, travelling for longer and spending more on tourism experiences. Our key focus is on a domestic led tourism recovery with a priority focus on regions that have traditionally had a greater reliance on international tourists and where domestic tourism hasn’t been able to bridge the gap.

To do this, Tourism Australia has planned a range of national campaigns to encourage Australians to book more activities and experiences, stay longer and book additional holidays throughout the year.

We also recently launched a national partnership with The Wiggles with the aim of driving inspiration for family friendly travel and building new advocates for Australian holidays at the youngest age. There are three components of the activation – the first being an illustrated book called the ‘The Great Australian Wiggly Road Trip’, which launched on 1 September, followed by in-show activations as part of an Australian National Tour and a Video Content Series that is due to launch from January 2022 onwards.

We have now turned our attention to our next campaign which encourages Australians to give the gift of travel over the holiday season. The objective of this campaign is to intercept consumers in their gift buying moments and convert Christmas retail shoppers from other categories to gift travel this year. The integrated marketing campaign is due to launch in late October with an industry update planned for the next Tourism Australia webinar on 8 October. Register for the webinar here.

Following on from this year’s ‘Cities’ campaign focus, we'll deliver another burst of ‘Cities’ activity to help support our biggest market failure. Our strategy will remain the same - to drive interstate overnight expenditure to Australia’s cities by demonstrating how rewarding a City Break can be, through the breadth and depth of experiences our cities have to offer and working closely with partners to convert desire.

As always, we will include national conversion partners underpinning our mass brand campaigns to drive conversion and promote travelling with confidence and flexibility, to ensure Australians feel comfortable and safe when booking a domestic holiday. We will continue working with our State and Territory Tourism Organisation partners through destination and experience education via the Aussie Specialist Program platform.

In addition to this, we will be supporting 64 partnerships across a variety of projects as part of the Business Events Boost Program, which supports industry initiatives that help influence decision makers and convert business. Projects include asset creation, event promotion and delegate boosting projects and promotion of key industry events in 2021-22.

Our most recent Domestic Corporate Sentiment research, which surveyed respondents in May, indicated that business confidence in holding events was gaining momentum. The next wave of research into the attitudes towards restarting business events across Australia is due to be released in October. 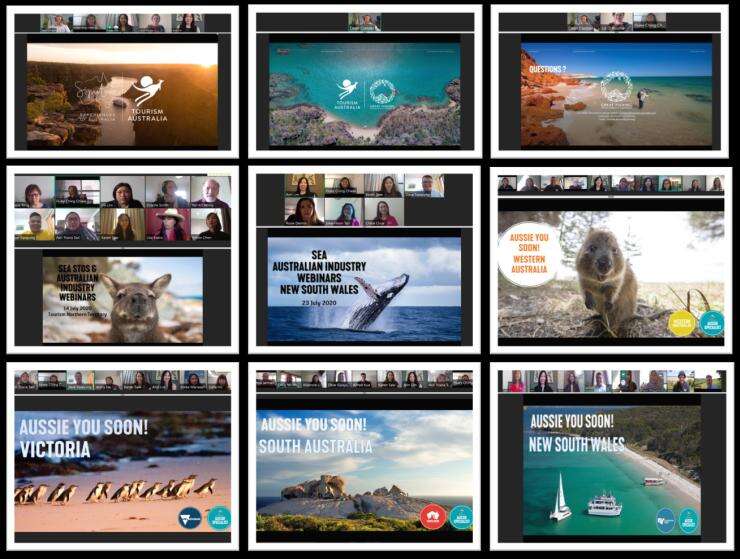 Please feel free to reach out to the Australian team with any enquires or if you have any developments update in your business.

And finally, please share your top three tips for how the Australian industry can stay in touch with the Domestic market this year?

Tourism Australia provides a variety of industry tools and resources to stay up to date and engaged with the Australian market so choosing just three is challenging.

Tourism Australia has recently refreshed the Aussie Specialist Program and made it easier for travel sellers to gain the skills they need to better promote and sell Australia. The program, which is operated in conjunction with the State and Territory Tourism Organisations, has greater personalisation, faster qualifying times, and shorter more interactive training modules, including a new sustainability module. Caroline Rutherford recently appointed as an Aussie Specialist Domestic Trainer is running a sustainability webinar series for agents to promote the new module.

Tourism Australia’s Corporate Website provides a range of helpful resources and statistics including domestic marketing performance, aviation statistics and the domestic tourism snapshot. You will also be able to view Tourism Australia’s latest campaigns and webinars, including toolkits specifically developed for industry to support our upcoming initiatives by amplifying our campaign message and logos across your own marketing communications, thereby supporting our domestic led tourism recovery.

Finally, the Trade Resource Hub is where our trade, media and key distribution partners can access Tourism Australia’s brand resources, including but not limited to logos, articles, media kit, images, fonts, user guides, brand images, Signature Experiences of Australia assets and media materials, and tools for business events planners and industry. The Trade Resources Hub is updated regularly and has recently introduced 20 new sustainability storyteller profiles direct from some of our great storytellers and tourism legacy-makers. Tourism Australia’s focus on sustainability is designed to make it easier for anyone planning, promoting, or selling travel to learn and include sustainable Australian travel products and experiences within itineraries.